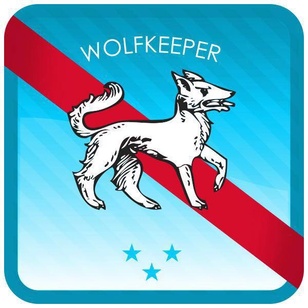 The Next Generation of Trainers

CEO and Founder of Wolfkeeper University

+Published Author: “A Wolfkeeper’s Guide to Training a Dog”

+Founder and Creator of Wolfkeeper DOGA, a form of Yoga and Reiki for Dogs.

+Graduate of Gustavus Adolphus College in Saint Peter, Minnesota and holds a Bachelor of Arts Degree in Mass Communication / Marketing.

Wolfkeeper University has produced some of the most amazing dog trainer in the world through its Train-The Trainer Program and continues to train more trainers every year under the guidance of Master Dog Trainer Tyrone Scott.

Master Dog Trainer Tyrone Scott has been training Dogs for the last 18 years in Chicago,  He started training with Wolfkeeper University when he was 18 years old and has been consistent force with Wolfkeeper.  He has develop exceptional skills when it comes to teaching a Pet Parent about their Canine Companion.  He is also excellent when it comes to teaching families with small children on how to train their pets.  Master Scott is an expert when it comes to dealing with Dog Aggression and Advanced Behavioral Training.  Tyrone Scott is definitely a major contributor to the Canine Training Idustry as a whole by contributing 18 plus years and counting.